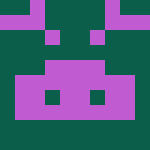 Victorio
Active 3 years ago
SubscribeUnsubscribe
Forum Activity Play History Badges (1)
A person from Sweden who likes to sing and dance and theater. Just trying to learn how to make my own mod!

A Christmas In Springfield Created by Sparrow Last played on December 22nd, 2017