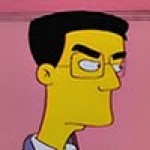 jrburger95
Active 2 months ago
SubscribeUnsubscribe
Forum Activity Play History Badges (1)
I am a game developer and I also make mods for games. I also like making videos and uploading them to my YouTube channel.