Posted in SHAR: Mod Showcase
Please login to contribute to the conversation.
12
Sparrow Major Update: Please backup any files from this mod in your mod and work on replacing them as major bugs have now been removed that you definitely don't want in your mod! Big Note! Got bugs? Give me

Sparrow
Posted 1 year ago · Edited 1 year ago
Major Update: Please backup any files from this mod in your mod and work on replacing them as major bugs have now been removed that you definitely don't want in your mod!

Big Note! Got bugs? Give me a ping in the Donut Team Discord server or feel free to reply to this thread. Discord is the best place to get me as I am on there almost all the time (excluding work of course, my manager wouldn't like me using discord during a shift :D)

Hello, it's me. That one modder who hasn't posted a mod in years.

Introduction:
So as someone who absolutely adores the new Connected Map Mod by Colou, I realised that we needed ourselves a night version. I planned to make my own version for my upcoming mod this year: A Christmas in Springfield 2. I knew from the start how annoying and fiddly it can be to do this, so I wanted to give people the option, up until/if Colou works on his own nighttime version. I wanted to make it asap for my mod as I plan to start editing the map to fit my mod, which may take absolute months. 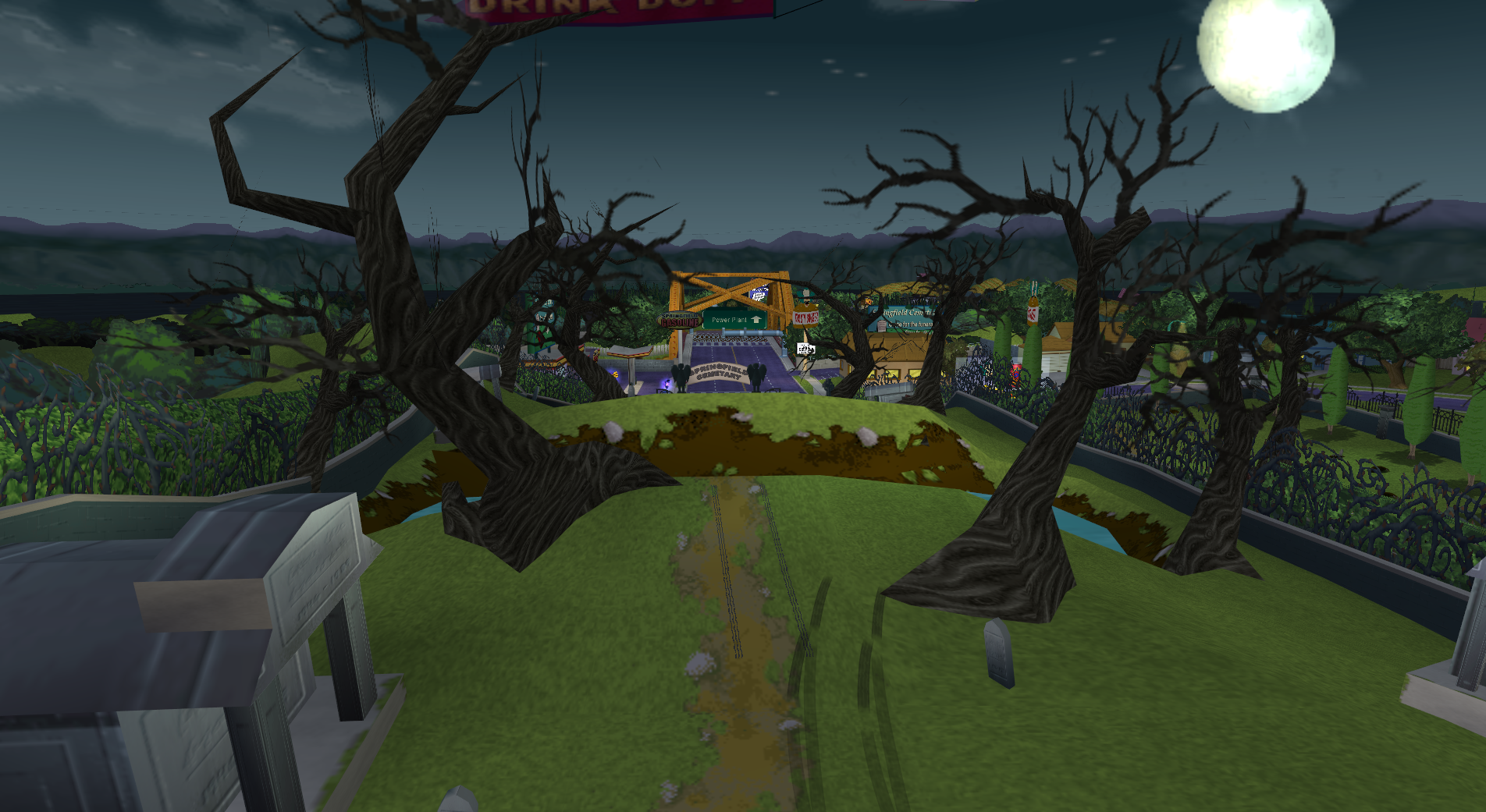 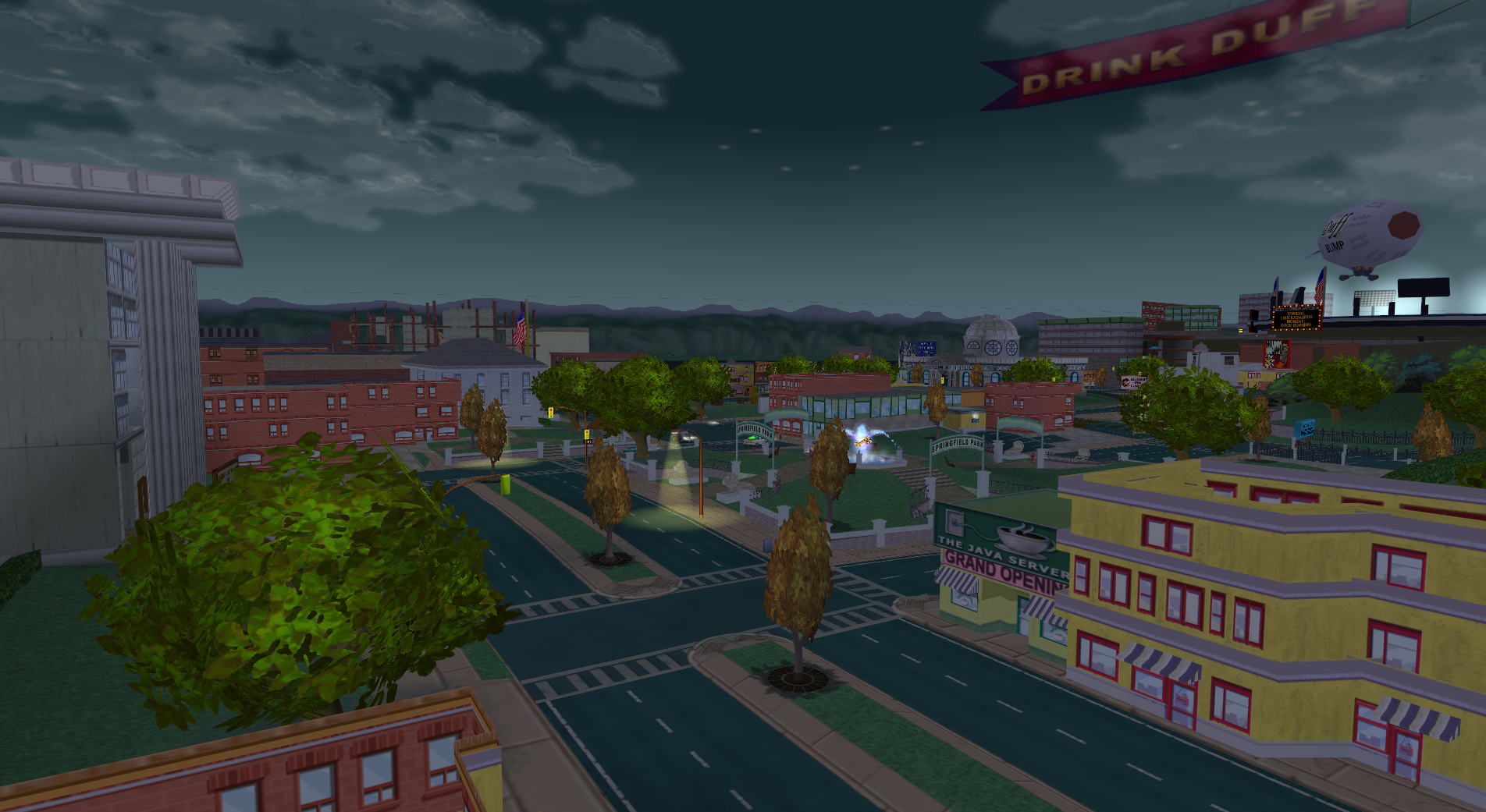 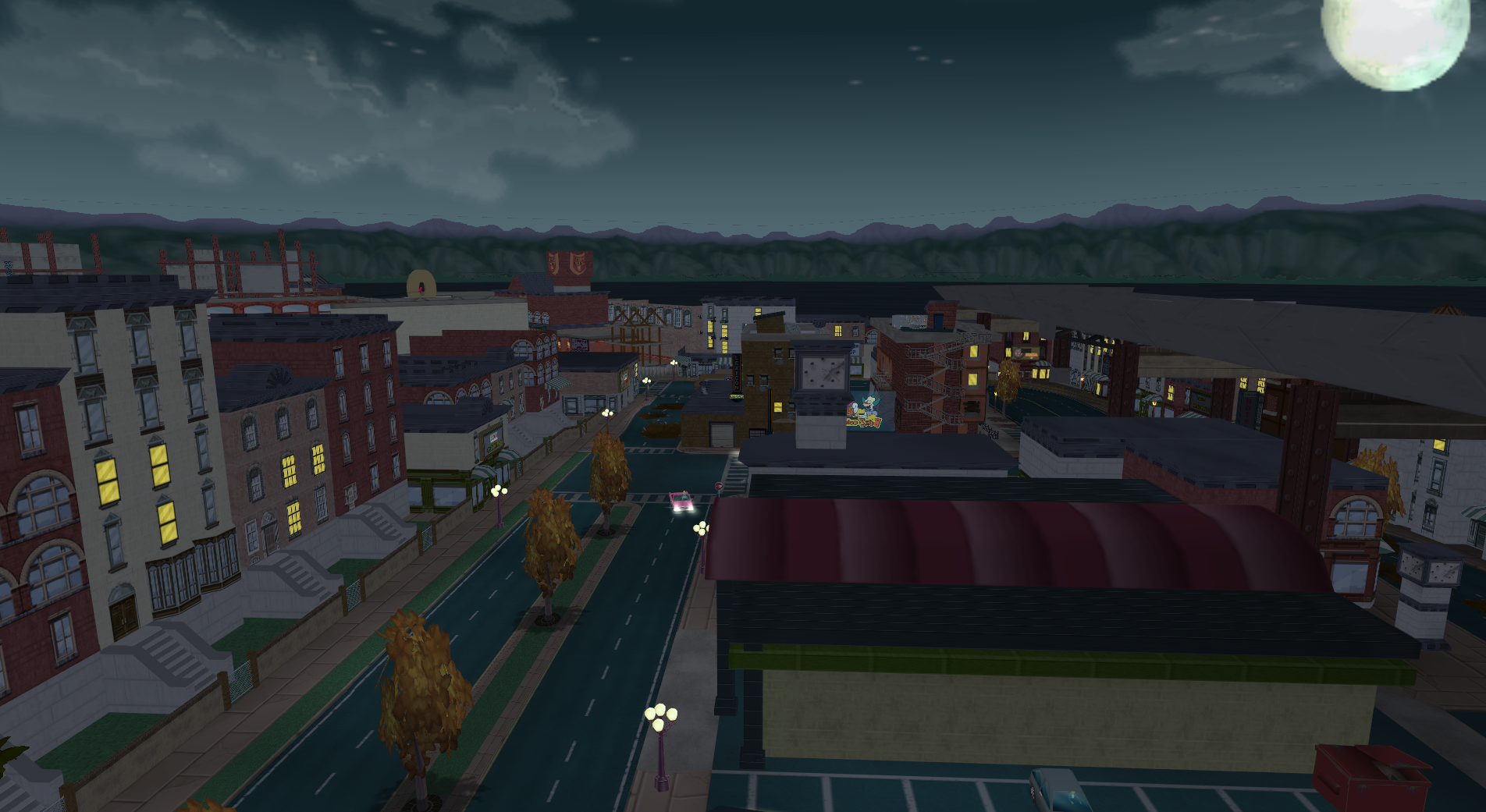 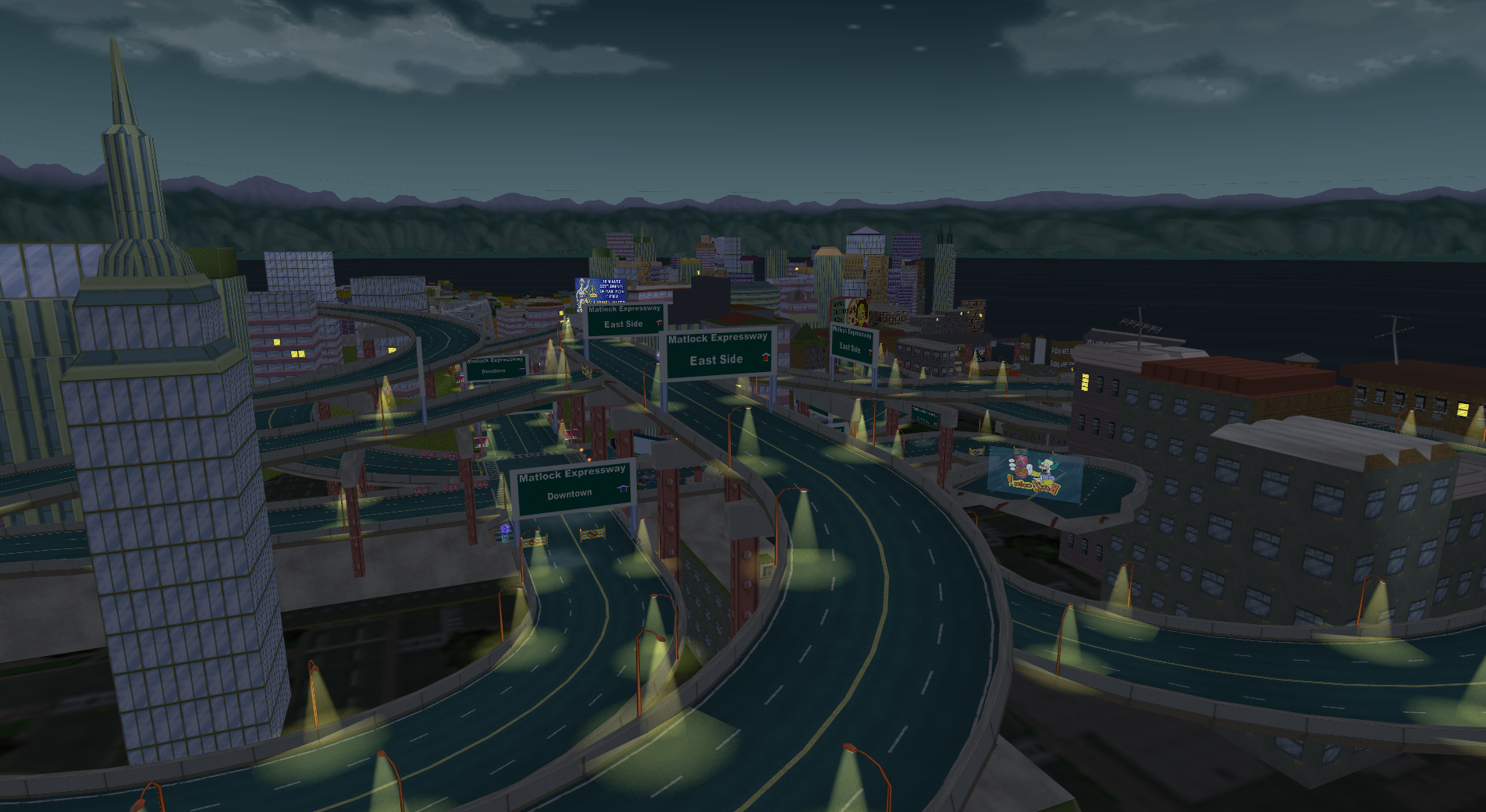 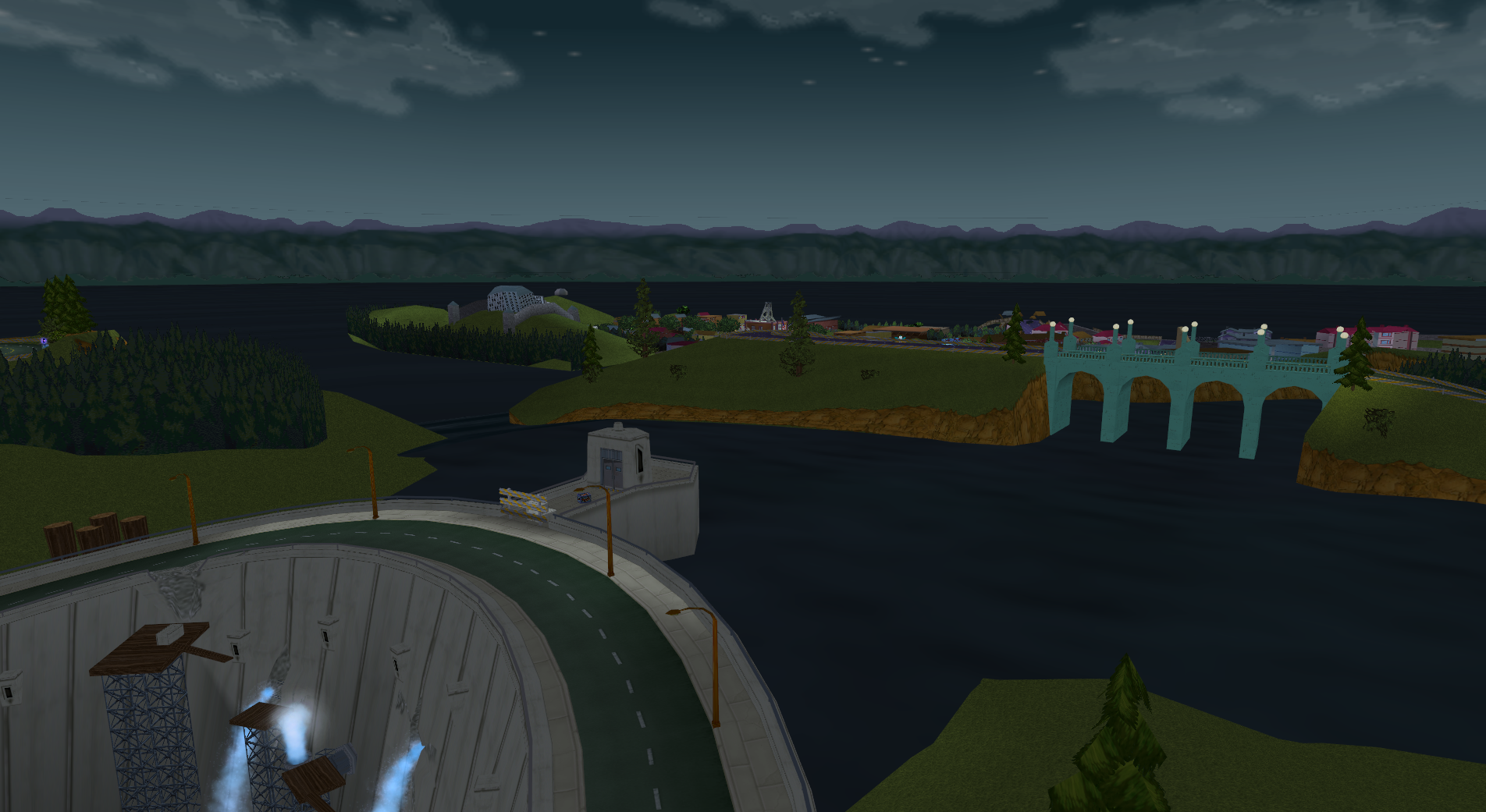 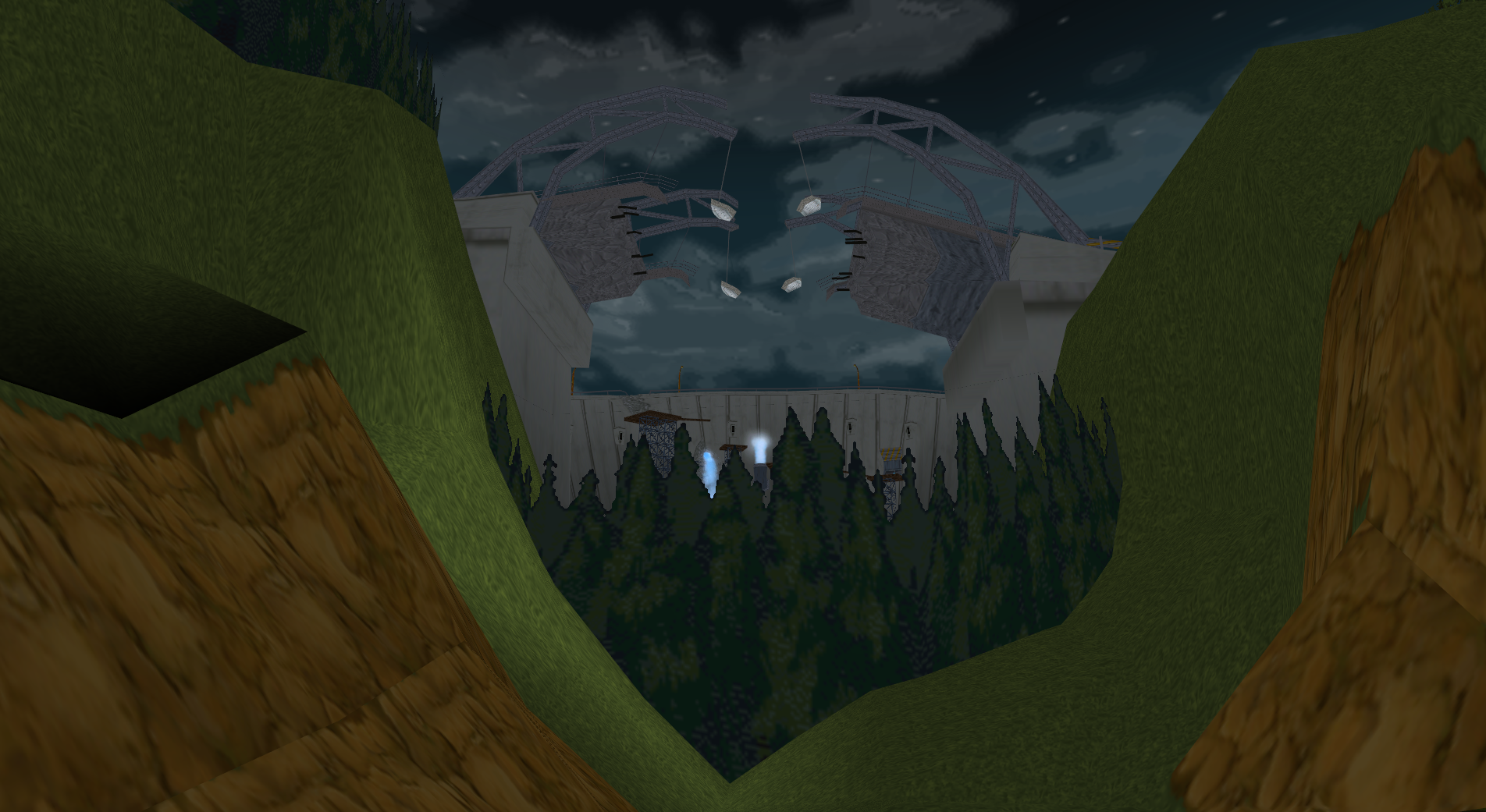 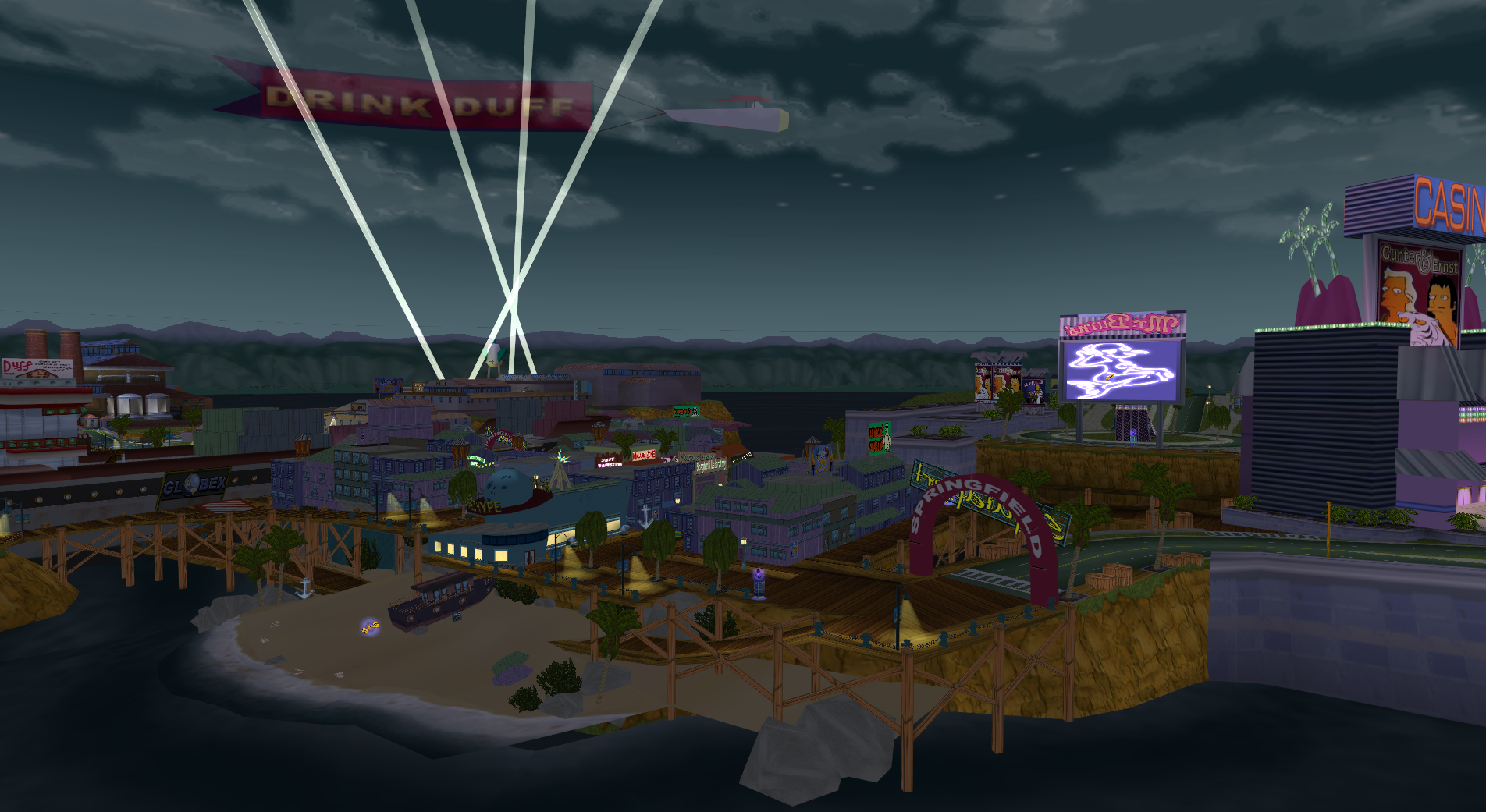 Note:
This mod uses more files than the original map, as Colou's original map used some vanilla regions, which he did not include (As there was no need to), hence this will be bigger than his mod, if you intend to use it.

Spoiler: How Night/Day works in SHAR
So how do Radical do this you ask?

Vertex painting is what Radical used to make their maps look daytime/nighttime/sunset. You paint a colour onto every mesh in order to give it "Lighting" of sorts, without needing to make a proper lighting system. It was a good idea, and Radical did a good job with it. It works.

The original maps had different colours used for the time of day they needed, be it orange for sunset, blue for nighttime, or yellow for daytime. Unfortunately, I felt it wouldn't be as easy to just realign a lot of the maps, because the colours used vary from level to level. In the spoiler is L4 compared to L5. 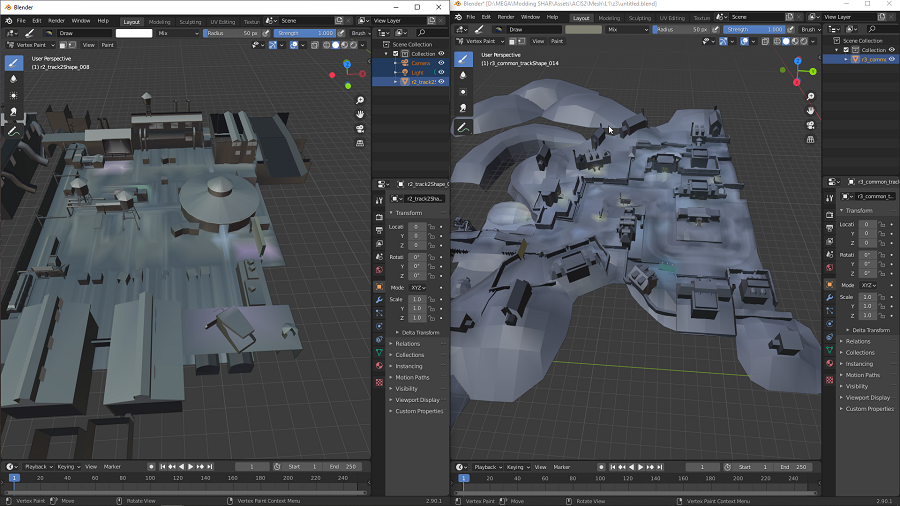 Even if they're similar, I like giving myself more work to do. So I decided to try and make the entire map use a similar colour to the original Level 4.

Because of this, my mod comes with a hex.txt file that tells you the hex colour code used as the base for the mod and can be used if you choose to make map edits for your own mods. In future versions I will be including a more detailed version with lighter/darker colours and colours used for lighting in various parts of the map, be it the lighting from a building or such. I want to make this mod as easy to blend with edits as possible, so please make use of this text file if you can! The text comes inside the mod, so when you decompile it, you'll see the file, alongside any change logs

Due to the list of known issues being so large, I am likely releasing an update in coming weeks no matter what.

Sparrow
Posted 1 year ago · View Statistics
The link in the original post has been updated! New update:

Sparrow
Posted 1 year ago · View Statistics
Another update, sorry! Realised that we had a few more issues. Original link has been updated. Also added mirror links since MEGA seemed to be temporarily down in some parts of the UK. Google Drive and Dropbox added.

surviver
Posted 1 year ago · View Statistics
Homer can now go to moes at night
3 likes
Sending vote...
Ranger Rabbit Some of the Streetlights are missing in the downtown section and others don't turn on especially in the level 3 area

Ranger Rabbit
Posted 1 year ago · View Statistics
Some of the Streetlights are missing in the downtown section and others don't turn on especially in the level 3 area
0 likes
Sending vote...
NZAURUSS Thank you!

NZAURUSS
Posted 1 year ago · View Statistics
Thank you!
0 likes
Sending vote...
Sparrow Ah bloody hell, another update. Just some fixes again. 1.3: Fixed an issue where meshes in l1z2.p3d were still daytime Actually fixed the issue with the glass in the kwik-e-mart

3 likes
Sending vote...
Oreo25201 i was going to try the map but i just get an outdated launcher for sharmp it says mod requires at least version 1.25.1 of the launcher and i just downloaded the launcher

Oreo25201
Posted 1 year ago · View Statistics
i was going to try the map but i just get an outdated launcher for sharmp it says mod requires at least version 1.25.1 of the launcher and i just downloaded the launcher
0 likes
Sending vote...
12