Posted in The Simpsons: Hit & Run
Please login to contribute to the conversation.
meowsandstuff https://i.imgur.com/ptoSKod.jpg This has been updated since the original post; last update 7/02/2022. Introduction Those who have been active in the Donut Team Discord (or the Woah, Radical!

This has been updated since the original post; last update 7/02/2022.
Introduction
Those who have been active in the Donut Team Discord (or the Woah, Radical! discord) will have most likely seen random snippets of different Work in Progress things from me, and two other guys (Toastee & Starfrost) over the past couple weeks.

I'm now happy to note that the project is in a state where we believe we can open up about the development and post an invite for those who feel they may be able to join and contribute.

The following sections will be narrated by me, programmer Starfrost and programmer/musician Toastee.


Our Goals
Toastee wrote this section for us.
For this remake, our goals are simple:

Now to the important stuff....demonstrating what's been done in the span of just a few weeks.


Levels
Back to me, for this particular section:
In several weeks, we have ported Level 1's base map completely, and have additionally completed the base map for Level 2.
This includes creating new shaders to take advantage of specific parts of models such as vertex colors, to replicate the look of the levels in Unity in an authentic manner when compared to the original game.

Revamped Soundtrack
Me again:
The original music within The Simpsons: Hit & Run is compressed, and the best quality we have available is 24kHz.

As a result of this, I personally (along with Toastee) have been working on revamping the soundtrack (you may see some snippets in a future blog post from Laurem). Our end goal is to produce a soundtrack that feels authentic to the original SHAR OST, by including the following:


So far, the tracks Dr. Nick, Social Club, Bart Chase 2 and Bart Chase 4 have been completed (though, the former may be reworked). Works in progress are:

MFK2 & the Mission Loader
Both Toastee and Starfrost open up about this section:
Toastee:
Utilising the original SHAR mission files we've created a new mission loader system to work within the Unity Engine:


Starfrost:
The mission system is called MFK2, based off of SHAR's original MFK with minor improvements made for code clarity and support for the Unity engine. Most of the commands are identical to MFK, but those that concern the Pure3D engine (such as LoadP3DFile) will be removed and changed. Furthermore, we have implemented braces into the scripting language to make it more clear what the exact scope of what you are working on is.

For modding purposes, there will be an MFK to MFK2 converter tool.


The most recent version is the one we'll be using to develop further, integrating things from Engine pitch modulation, artificial anti-roll bars, to the damage model and overall feeling of SHAR.

Outro
There was a lot to go over in this post, and of course there'll be far more for us to talk about in future...especially once we get a proper name for this particular project! I hope you are interested by the concept, and if you are interested in joining the team to contribute in any way, you can find me here or on Discord! 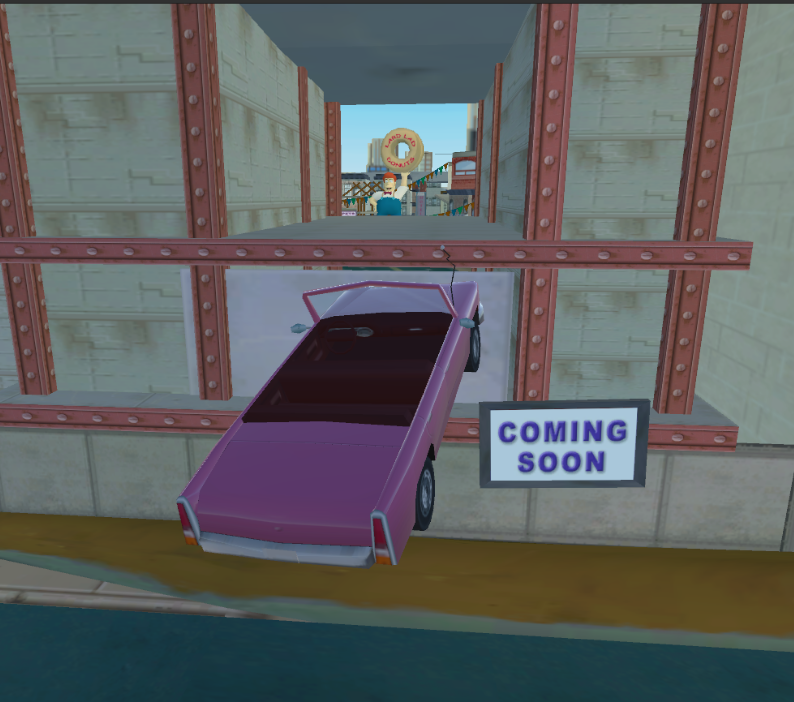 Jay_mate
Posted 1 year ago · View Statistics
This looks promising. Great work so far!
1 like
Sending vote...
meowsandstuff Thank you! It's come fairly far in just a few weeks, so I'm really happy with the amount of work that's been done.

Thank you! It's come fairly far in just a few weeks, so I'm really happy with the amount of work that's been done.
1 like
Sending vote...