Posted in The Simpsons: Hit & Run
Please login to contribute to the conversation.
AshleyGamer1995 TCRF.net has mentioned about an unused(?) graphical texture - this beta design of the vending machine object. It's coloured cyan and has "BUZZ" on it. https://i.imgur.com/5iMIFBr.png Here'

AshleyGamer1995
Posted 1 year ago · Edited 1 year ago
TCRF.net has mentioned about an unused(?) graphical texture - this beta design of the vending machine object. It's coloured cyan and has "BUZZ" on it.

Here's what they said about it:
"An earlier version of the Buzz Cola vending machines. It's interesting to note that the final texture does not include the Buzz Cola logo, which is part of a separate mesh. This texture is located in the files for L3/L6 and is used for the side of some racks holding tyres outside the gas station. While it is technically not unused, it is impossible to see the full texture in-game."

But, is it true? Is this texture actually there? I tried to look carefully at the claimed spot, but like they said, it's impossible. =/
392 views · 0 likes
Sending vote...
roguecrab.com This is where it is used: https://dl.dropboxusercontent.com/s/i5nqf84cdbrgc7s/Lucas_Pure3D_Editor_4_HVBWf1H1WQ.png We can prove its that texture by finding it in the Pure3D Editor: https://dl.dropbox

We can prove its that texture by finding it in the Pure3D Editor:

and right-clicking and finding the references:

Which gives us this shader:

A shader is like information on how to display the texture. We can then check the references of the shader to find what model it is on. When we do this, we get the racks:

Essentially the repurposed the metalic looking bit and that alone for this texture. So they basically UV cut out what they wanted and applied it, instead of making a new texture.
3 likes
Sending vote...
mazexz Hi, yes the texture is there. Here's a picture of it in-game https://images-ext-1.discordapp.net/external/kiF6vLkyN-dGr4y5HrMhB6t-X_7epr5HeBdwvndLZjM/https/i.imgur.com/IIDVmv0.png You can somewhat mak

You can somewhat make out the pattern if you look carefully.
On top of that, you can use the P3D Editor to open the region file & check the shapes (the shader it uses is called PopMachine_m which is projecting the PopMachine.bmp texture - the vending machine) 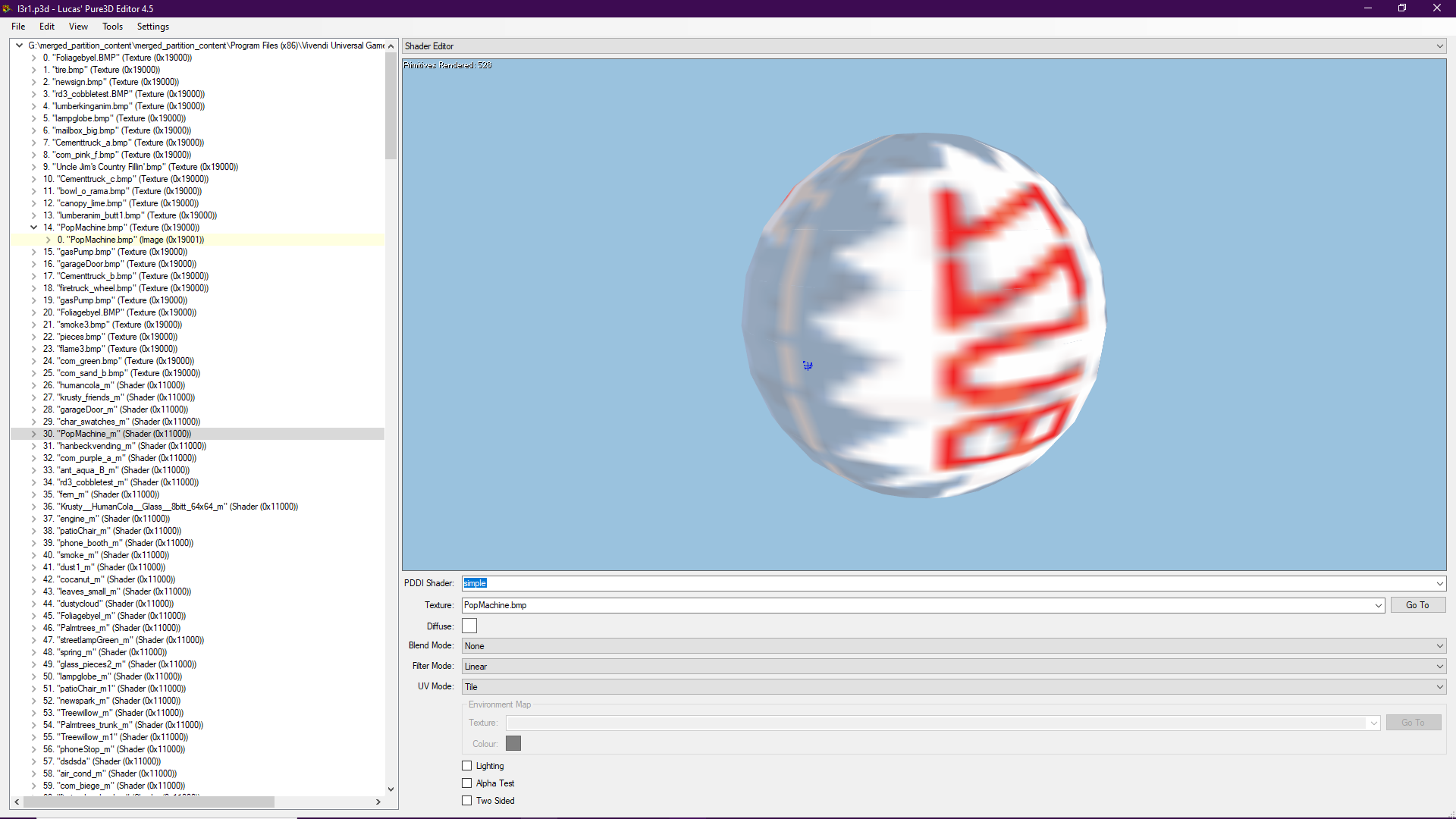 Edit: ahh Jake beat me at it