I'M Lazy and a Noob and i need help

Posted in Support
Please login to contribute to the conversation.
XiameseCat I Want my mod to have voice lines,how can i make that happen?and also most of the time there will probaly have more voice lines than the original mission is that a problem?(Edit:also all the voice lin

XiameseCat
Posted 1 year ago · Edited 1 year ago
I Want my mod to have voice lines,how can i make that happen?and also most of the time there will probaly have more voice lines than the original mission is that a problem?(Edit:also all the voice lines that i recorded is on .wav if i change the name will that be enough to work)

XiameseCat
Posted 1 year ago · Edited 1 year ago
Thanks!but what audio recorder do you use ?the one that i use don't not work edit:forget that now it working for some reason even though i din't do a thing
0 likes
Sending vote...
Kenny Giles Apologies for replying so late! Went ahead and removed the previous threads due to the relatively short nature they were made between one another (less than a day for the Voice Line assistance thread

Went ahead and removed the previous threads due to the relatively short nature they were made between one another (less than a day for the Voice Line assistance thread). As stated earlier, please be mindful of creating multiple topics asking for mod assistance! It might be nicer to condense them all into one place if you have a lot that you're curious about and might better ensure that everything is seen by the multiple users roaming the site. It can be easy for a topic to accidentally be overlooked as a result.

I also understand this was asking for a mod request to use the SOS Skybox with the Connected Map, but this still seems to pertain to assistance with your mod (as it seems you're asking for this asset to be created to help contribute to the overall mod, in addition to your other questions about Level Swapping and voice lines). As such, I moved this topic to a different board (Support), and connected all three previous topics here.

A user in the Level Swapping thread (Addy) recommended following a tutorial to figure out how to swap the Level order in order to have Level 7's layout for Level 2. That thread in question is here.
Regarding your question from Sparrow's old tutorial explaining how to add custom dialog into the game:

I Want to make a conversation where homer and the tv is talking how can i do that?

Conversations where a character appears to just be talking to themselves or looking at an object is something that the game normally doesn't dabble in too often, and is only done in a handful of missions. A couple of them also do it slightly different ways from one another. Assuming that you just want the conversation to be between Homer and the television, you'd probably want to use the method Radical used in missions such as Blind Big Brother (Level 1, Mission 4) where an NPC is spawned out of bounds so the player can't see it, and then assign dialog to this NPC. The result would be having Homer hear something from the television, followed by a line from Homer (or vice versa).

Assuming you're comfortable with P3D Editor 4 and understand how mission script editing works, you can place an NPC of your choice near the Simpsons Household out of bounds like Radical does with Burns in Blind Big Brother. The easiest way of doing so is using Cheat Keys: 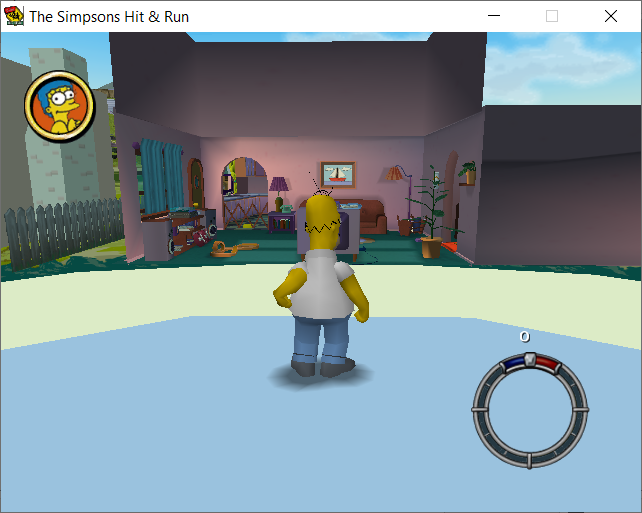 Once you've created a locator for this out of bounds NPC, and have them added for the stage right before you were to 'talk' to the television, you'd then just have to add the dialogue stage.

Hopefully this helps. This does assume you're also comfortable with how to modify mission scripts and P3Ds to create new locators. If you have any concerns about that, feel free to reply or head on over to the Discord.
0 likes
Sending vote...
XiameseCat Thank you!(help me:the audio recorder that i use is only 22050 Hz and 44100 Hz,what audio recorder most people use?